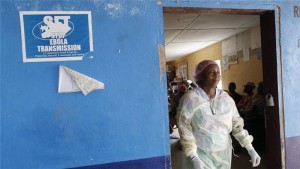 Liberia is marked as Ebola-free effectively by the World Health Organisation (WHO), joining Sierra Leone and Guinea, ending the world’s worst outbreak of the disease. Wednesday’s announcement came 42 days after the last case was confirmed in Liberia, the final of three West African countries with active transmission of the virus.

However, the organisation has warned of existing risks of flare up of the disease that killed more than 11,300 people out of 28,600 cases during the epidemic.  “The risk of re-introduction of infection is diminishing as the virus gradually clears from the survivor population, but we still anticipate more flare-ups and must be prepared for them,” Dr Bruce Aylward, WHO’s Special Representative for the Ebola Response said in a statement.

“A massive effort is underway to ensure robust prevention, surveillance and response capacity across all three countries by the end of March,” Aylward said. The country had previously declared itself virus-free in May and September of 2015 but each time a fresh cluster of cases appeared.

A country is declared Ebola free 42 days after the recovery or death of the final patient and if there are no new infections. Earlier on Wednesday, Russian President Vladimir Putin announced that Russian scientists have created a medicine for fighting Ebola that has shown “high efficiency”.