A suspect, Edet Asuquo, has revealed how he killed a pregnant woman for the purpose of using her foetus for rituals in Akwa Ibom state.

New Telegraph reports that the suspected killer, who made the chilling confession at the Akwa Ibom state police command headquarters, yesterday, January 13, said he was hired by a chief in Ikot Itu village. 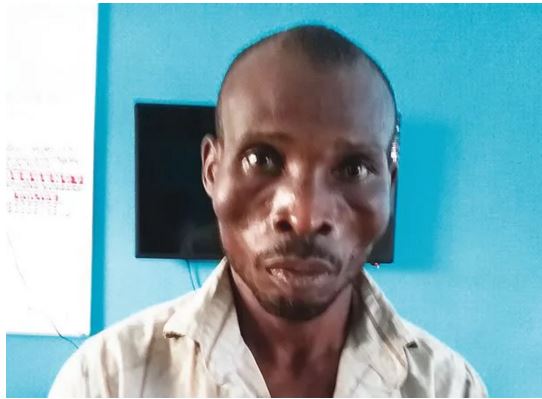 The pregnant woman, whose name is yet to be ascertained, hailed from Ogoja in Cross River State and was described a very good ‘customer’ of her killer. Asuquo was arrested by the police on Monday, January 11, through the combined efforts of his brother and sister (names withheld) who reported the act to the police. It was reported that the body of the deceased was found by the police at a nearby plantain farm.

Asuquo had lured the pregnant woman to the market to buy oysters and later took her home to get more of the oysters but instead murdered her and hid the body with the hope of removing the foetus for ritual. Nwawe said the suspect’s sister, who witnessed the act reported it to her elder brother, who later alerted the police.

Asuquo, according to the police spokesman, Cordelia Nwawe, was contracted by a chief in his village (name withheld) now at large, to kill the pregnant woman in order to remove her foetus for ritual. Nwawe explained that the suspect with four others, now at large, were each promised N50,000 by the chief for them to provide him with a foetus for ritual to enable him to win an election to the village council.

Nwawe, who warned residents of the state to always inform those living with them of their whereabouts, said the suspect would soon be charged to court while investigations continued into the whereabouts of the other suspects.

Asuquo said: “What brought me to the police station is because of the job given to us by the man (name withheld) who promised to pay five of us to kill a pregnant woman so that her head and her unborn child would be removed and used for charm in order that the new council chairman would not be appointed.

“He said that after we have carried out the job, he would give N50,000 each. He did not give us any advance payment. After we had done the job, my brother became angry. He said that was not the kind of job I should have got myself involved in. He called my other elder brother and reported the matter to him and they alerted the police.”