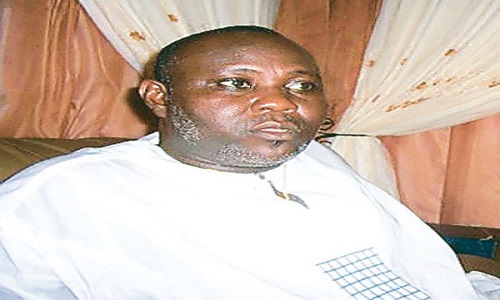 As reactions continue to trail the Supreme Court judgment that validated the election of Governor Nyesom Wike of Rivers State, former Niger Delta ex-militant leader, Ateke Tom yesterday hosted his kinsmen to a feast to celebrate the victory.

The venue was Tom’s family house at Ngeme-Biri Komju in Okrika LGA of the state.

Our correspondent reports that there was plenty to eat and drink as the former militant leader’s residence became a beehive of activities.

Appreciating Tom for his role in ensuring peace in the area, Mrs. Veronica Amakiri, one of the women leaders, said: “The victory of Wike is the victory of Okrika people”.

The ex-agitator said the best way to celebrate the Supreme Court judgment was to go to church and thank God, stressing that the victory was a manifestation of God’s mercy and grace.

Ateke said: “I have suffered so much to restore peace in this area; that is why we are happy today over the victory because with the judgment of the apex court, Rivers State will have peace again.

“This is not a time to speak much grammar, but to celebrate the judgment of peace. As for me, this is the time to come together and work as one Rivers people for the progress and unity of Rivers State”.