A middle-aged woman on Sunday morning was involved in an accident at the Fati Lami Abubakar Park junction of Ezza Road, Abakaliki, Ebonyi state. 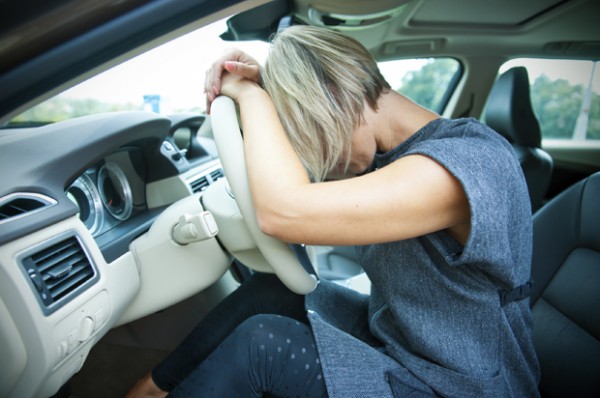 The Ebonyi Police Command’s Officer-in-Charge of Traffic, Mrs Arit Godwin-Bassey, confirming the incident, said her officers evacuated the woman to a nearby hospital.

Bassey confirmed that the unidentified woman had dozed off while driving and knocked-down a street-light pole causing her car to somersault several times.
According to her, the incident occurred at about 4 a.m.
She said, “The victim was not seriously hurt and is responding to treatment; we took her to the Federal Teaching Hospital (FETHA) Abakaliki where she works as a medical doctor.

“The victim confirmed to the police that she dozed while driving after rushing home from work to breastfeed her new-born baby.

“I urge motorists, especially women, not to drive at night or whenever visibility is poor,’’ Bassey said, adding that the damaged car, a Nissan X-Terra Jeep, had been towed to the police station as further investigations would be carried out.