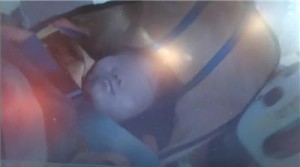 An eight-year-old girl has been pulled alive from the wreckage of a collapsed building in Tainan, the fourth to be rescued on Monday, more than 60 hours after a powerful quake struck southern Taiwan.

Rescuers also saved the girl’s aunt as they raced against time to find more than 100 residents buried deep in the ruins of the toppled Wei-guan Golden Dragon Building.  Earlier on Monday, two more people – a man and a woman – were pulled from the rubble, as the official death toll rose to 38..

Local legislator Wang Ting-yu told reporters that the rescued woman, Tsao Wei-ling, was found shielded under the body of her dead husband. Their two-year-old son, who was also killed, was found lying nearby. Rescuers also confirmed that the other survivor – a man called Li Tsung-tian – had been pulled out of the rubble. Rescue efforts are focused on the wreckage of the 17-storey building, where 117 people are listed as missing.

Al Jazeera’s Rob McBride, reporting from outside the collapsed building, said the rescue effort had reached a critical point.  “It has been three days, and it’s understood that those stuck under the rubble and still alive won’t be able to last longer without food and water.