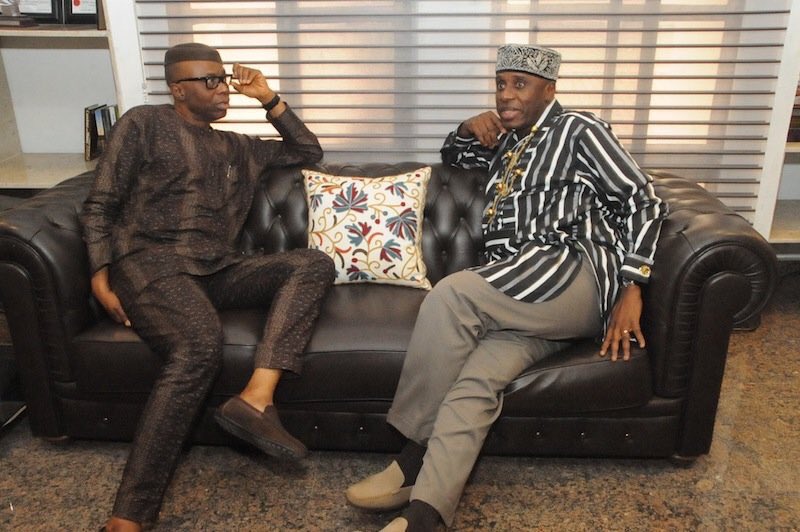 Minister of Transportation, Hon. Chibuike Amaechi on Thursday paid a courtesy visit to Ondo State Governor, Olusegun Mimiko over talks on reimbursing Ondo as regards the rehabilitation and reconstruction of some federal roads within the state. He was earlier in Osun State.

According to Ondo State’s Commissioner of Works, Engineer Gboye Adegbenro, some of the roads rehabilitated by the state government include the Ore-Okitipupa road in the Southern senatorial district; Oweo-Ikare and Ajowa-Kogi State boundary in the Northern senatorial district as well as the Oka-Isua road that connects the state with the Federal Capital Territory. Others include the Itanla-Ondo road and the rehabilitation of the Ore junction on the Benin-Shagamu expressway which fixed the giant potholes that made the road impassable some three years ago, as well as the Igbara-Oke and Ogbese sections of the Ilesa-Owo highway.