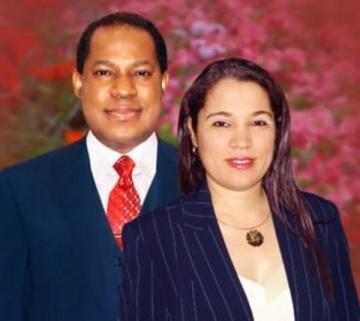 Following the formalization of her divorce from Chris Oyakhilome, the founder of Christ Embassy, Anita Oyakhilome has reverted to her maiden name of Ebhodaghe.

She also renounced her membership of the church also known as Believers LoveWorld Inc. Anita, a pioneer member of Christ Embassy, where she rose to become a pastor, got married to Oyakhilome in 1991 and they have two daughters together.

Recall that Anita had in 2014 filed for a divorce accusing her Pastor-husband of extra-marital affairs with female members of the church – an allegation that was strongly denied by Pastor Oyakhilome.

A statement by her solicitor – Attwaters Jameson Hill, said the divorce was finalised on February 8.

The statement published on the United Kingdom-based law firm’s website reads: “We have been requested by Anita Oyakhilome to confirm that on Februray 8, 2016 a decree absolute was pronounced in the High Court of Justice Principal Registry of the Family Division dissolving her marriage to Christian Onehirokpeana Oyakh¬ilome.

“Anita Oyakhilome would like to confirm that she is no longer involved in or part of Christ Embassy (aka) Believers LoveWorld Inc”.