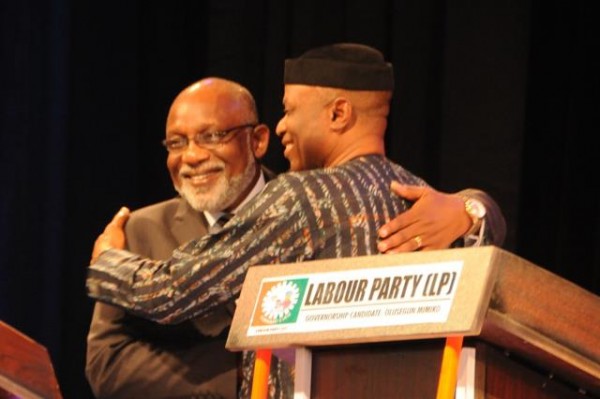 An aspirant to the Ondo State Government House and Senior Advocate of Nigeria, Mr. Oluwarotimi Akeredolu, has called on leaders of the All Progressives Congress, APC, to present a formidable candidate for the forthcoming governorship election in the state.

Akeredolu, who contested the 2012 governorship election in the state on the platform of the defunct Action Congress of Nigeria, ACN, said his experience showed that the party needs to be formidable to defeat any candidate presented by the ruling Peoples Democratic Party (PDP).

Speaking at an event where he declared his governorship intention, the aspirant said APC needs adequate planning and preparation to wrest power from the PDP.

He also explained that his decision to give the governorship seat a second shot was borne of his desire to serve the people and end maladministration in the state.

The APC aspirant said he would end all forms of ill-governance in the state.

Akeredolu, who solicited for support, rated himself as the best of all the 30 aspirants jostling to pick the ticket of the APC.

He expressed optimism that the party would emerge victorious in the election.

The former National President of the Nigerian Bar Association, NBA, assured that the party would do well and deliver the state from its present position.

Akeredolu, who promised to turn the state into an Eldorado within the first two years of stay in office, said his administration will partner international organisations to develop the state.

“He has remained resolute in the ideology of progressive politics since he ventured into politics”.

Mr. Kekemeke also assured that the party’s candidate will emerge through a transparent system, and will be acceptable to all members.