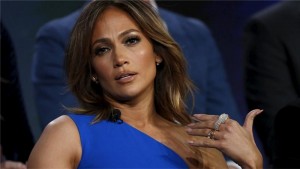 Reports that US singers Beyonce and Jennifer Lopez will perform in Israel this summer have triggered a pre-emptive campaign by activists, who are calling on the stars to boycott Israel in solidarity with the plight of Palestinians.

By Thursday, at least two petitions against Beyonce’s rumoured concert date in Tel Aviv had been launched, while social media users attached the #canceltelavivhashtag to posts as they called on the pair to support a boycott. Neither of the musicians’ websites confirmed reports in Israeli media that their performances would go ahead this summer. Al Jazeera contacted the management teams for both artists and is yet to receive a response.

“There have been several news stories indicating that Beyonce’s management is in final negotiations for a concert in Tel Aviv,” Evan Greer, the activist who launched the “Tell Beyonce not to play apartheid Israel!” petition, told Al Jazeera.

“The best thing for Beyonce’s management to do would be to publicly clarify that she will not be performing in Tel Aviv, and issue a statement of solidarity with the Palestinian people,” Greer added.