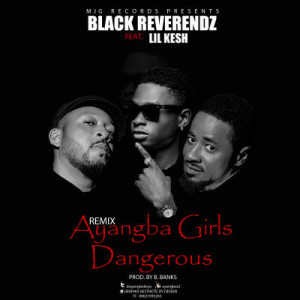 Black Reverendz bring us a certified blast from the past with the remix to Ayangba Girls Dangerous which was dropped 16 years ago. The remix is asssted by YBNL’S lil Kesh who infuses some new school vibes into the hit song.

The duo of Shaibu Adams (Shobb 2) and Wasiu Lawal (Wesley) pretty much went into oblivion after the buzz raised by their song died down. signed to MJG records USA owned by Motajo Julius Gbolahan, who also is founder of a humanitarian organization called Association of Youth for Justice and Equal Right (AYJER).