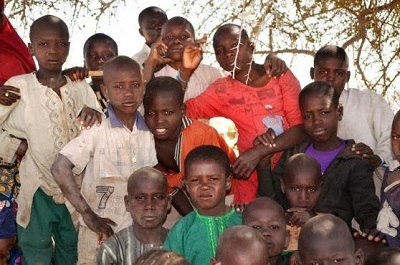 The Borno Government says it will offer nursery and primary school scholarships to 23, 000 orphans taking refuge in Internally Displaced Persons (IDPs) camps in the state.

Alhaji Ahmed Satomi, the Chairman, State Emergency Management Agency (SEMA), disclosed this on Sunday in Maiduguri in an interview with the News Agency of Nigeria (NAN).

Satomi said the gesture was aimed at catering for the education of the vulnerable children who did not have anybody to sponsor their education.

He said the orphans, who were unaccompanied children found in various Boko Haram liberated towns, would be engaged in meaningful activities that would make them forget their traumatic experience.

The SEMA official explained that the agency, in collaboration with other Non-Governmental Organisations (NGOs) was doing everything possible to cater for the welfare of the orphaned children.

“The children are all Boko Haram victims; some of their parents were killed while some of them had fled without any traces.

“We are doing what we can through our Child Protection Centre that offers training, counseling and other psychosocial support for the children.

“The Ministry for Women Affairs is helping us a lot in this regard.

“We also have NGOs like Save the Children, UNICEF, Red Cross, UNDP and WHO which are working round the clock to provide good healthcare services and other supports”, he said.

Satomi said SEMA had separate kitchen for children where good foods were prepared and served to them.

The SEMA chairman expressed the hope that the parents of the unaccompanied children would soon be identified.

“With the recent mop-up exercise by the military and the liberation of IDPs from Cameroon, Dikwa, Gwoza and Bama, we are sure that some of the parents of these children would be identified”, he said.