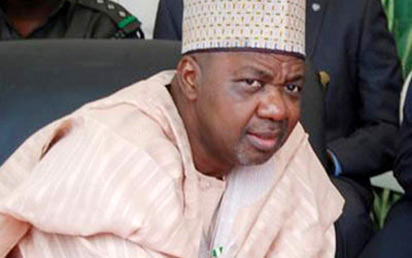 The office of former Nigeria’s Vice President, Arc. Namadi Sambo, was raided by officials of the Economic and Financial Crimes Commission, EFCC, at the weekend, Daily Trust reports.

The office, located in the Central Business District of the nation’s capital – Abuja – was raided on Saturday night as part of ongoing efforts by the anti-graft agency to get to the bottom of the arms deal scandal.

It was learnt that Sambo’s office was raided in an attempt to obtain documents linking the office of the former vice president to the arms deal fund.

Quoting EFCC sources, the newspaper reported that Mr. Sambo, who left office last May along with ex-President Goodluck Jonathan following their defeat at the polls, is being investigated over allegations that some of the funds disbursed for political campaigns under former National Security Adviser, Sambo Dasuki, were channeled through the former vice president’s office.

As at the time of publishing this report, the former vice president, who underwent knee surgery shortly after leaving office, is yet to comment on the reported raid of his office by the EFCC.