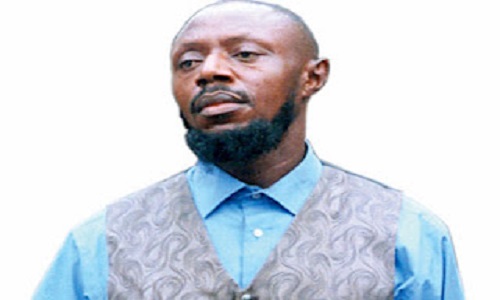 In what can best be described as the end of the road, the Supreme Court on Friday affirmed the conviction and death sentence handed to the General Overseer of Lagos-based Christian Praying Assembly, Chukwuemeka Ezeugo a.k.a Reverend King.
King was first convicted and sentenced to death on charges of attempted murder and murder by the High Court of Lagos State on January 11, 2007.
He was found guilty of setting ablaze six members of his church in 2006, one of who died later from injuries she sustained in from being set ablaze by Rev. King.
Dissatisfied with the ruling, the disgraced cleric filed an appeal at the Lagos Division of the Court of Appeal.
On February 1, 2013 the appellate court upheld the judgment of the lower court sentencing Rev. King to death by hanging.
Reading the lead judgment of the unanimous decision of a five-man bench of the Supreme Court, Justice Sylvester Ngwutan noted that facts in the case was akin to what could only be found in horror movies.
“Facts of this case could have been lifted from an horror film”, he said.

Reviewing the case before his ruling, Ngwuta said: “It was agreed by parties that the appellant was the General Overseer of the Christian Praying Assembly (CPA) with headquarters in Ajao Estate, Lagos. It was also agreed that he had a father-son/daughter-relationship with the victims of the incident. And this is the point where they depart:

“The prosecution’s case is that the appellant accused six of his people (followers) of immoral behaviour. He called them together, beat each of them with hard objects and after the beating, he assembled them downstairs, made them kneel down, hobbled together and he caused petrol to be poured on them, and he struck a match and threw same at them.

“They all sustained various degrees of burns. While five of them escaped. The sixth person, who later died, suffered 65 per cent degree burns. You can imagine what she went through in her last days at the hospital.

“The appellant denied this. But said though he punished them for immoral behaviour, the punishment was different from the incident that gave birth to the charge. He said they (the victims) sustained injuries when a generating set exploded. That was his case. But throughout the proceedings (trial), this mysterious generating set was never produced.

“I decided to determine the appeal on those 12 issues. I considered each of them and at the end, I came to the conclusion that the appeal has no merit.

“Having considered all the arguments by learned counsel for the parties in addition to the records, I resolve the 12 issues formulated by the appellant against him. Consequently, I hold that the appeal is bereft of merit and it is dismissed. The judgment of the Court of Appeal, which affirmed the judgment of the trial court, is hereby affirmed.

“The prison terms for attempted murder are no longer relevant and are discountenanced in view of the death penalty hereby affirmed. Appeal dismissed”.

Rev. King could only be spared from the hangman’s noose if the Lagos State Governor decides to commute the death sentence to imprisonment.