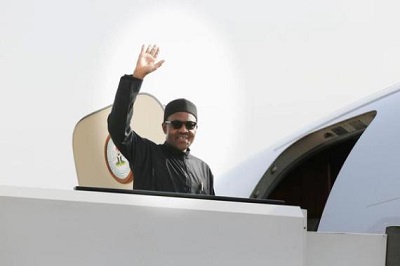 The Minister of Information and Culture, Alhaji Lai Mohammed, said on Wednesday that President Muhammadu Buhari’s foreign trips were yielding fruitful results for the nation’s economy.

Speaking while briefing State House correspondents on the outcome of the Federal Executive Council (FEC) meeting, which was presided over by President Muhammadu Buhari, Mohammed stated that the president’s trips were reviewed during the FEC meeting, saying that the country had started witnessing influx of foreign capital into the economy.

“If you look at the various trips the president undertook towards the end of last year, that is the trip to Iran, it was a conference by gas exporting countries.

“Nigerian is more of a gas exporting country than actually an oil country and with the decline in the price of crude (oil) it was about time that Nigeria put much more emphasis and that was the meeting he attended.

“That meeting also provided the opportunity for the various heads of state also to even talk about the falling price of crude because don’t forget that, incidentally most of the countries that export gas also export crude.

“So, it was an opportunity to address the falling price of crude.

“You see, the world today is so global that you cannot stay in your country and think that what is happening elsewhere would not affect you and you are supposed to be there also to contribute and let the people see it from the perspective of your country,” Mohammed said.

The minister said in the last nine months, the president has succeeded in addressing the fear of insecurity, corruption and terrorism being expressed by foreign investors.

“One thing that nobody can fault this President on is his determination to fight these ills.

“Mr President’s presence in these fora is very crucial even to the economy back at home,” he said.