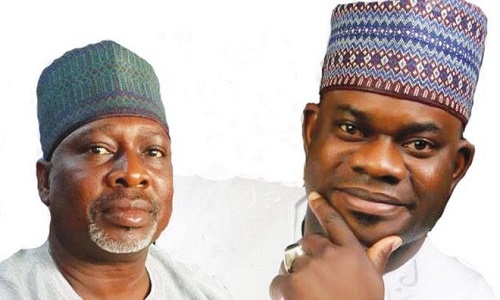 Governor Yahaya Bello of Kogi State yesterday said the choice of Hon. Simon Achuba as the new Deputy Governor is in line with his tradition of ensuring the advancement of the rule of law and ethnic balancing in the state without prejudice to merit.

Hon. Achuba, a seasoned administrator with diverse experience in Local Government administration and legislative governance, was worn-in Tuesday at the Government House, Lokoja, following his nomination by the governor and confirmation by the Kogi House of Assembly.

With the development, the vacant deputy governor’s position has been filled following the refusal of Hon. James Abiodun Faleke, the running mate of late Prince Abubakar Audu, to take up the position.

A statement signed by Abdulmalik Abdulkarim, Special Adviser to the Governor on Media and Strategy, the choice of Achuba from the political camp of the late Prince Audu was not only an expression of respect for the late elder statesman, but a timely ethnic balancing move, which has been the pillar of the Bello Administration.

“The Governor has displayed capacity to cement the state into a united force that is capable of de-emphasising ethnic or religious bigotry, to become an economic giant in the country”, it said.

On the reports that journalists were denied access to venue of the swearing-in by overzealous security personnel, the statement described the episode as unfortunate.

“No such reports were brought to our notice and we believe security operatives attached to the Government House are professional enough to understand the role of media in the drive of Governor Bello to reposition the state for greatness.

“We, however, want to underscore our readiness to work with the media and ensure we create for them, a good working environment to thrive and help the society”, it added.