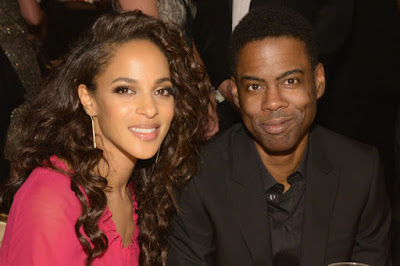 49 year old actor, Chris Rock who left his wife of 20 years Malaak Compton-Rock, in 2014, has been dating, Nigerian/American “Arrow” actress Megalyn Echikunwoke for a couple of months now.
The couple was first photographed together in September at the Global Citizen Festival in Central Park, then they were both spotted when they escaped to St. Bart’s witand again at the Clive Davis’ pre-Grammy bash on Sunday in Los Angeles.
Megalyn’s dad is Nigerian while her mum is white. She has been tweeting about the upcoming Oscars, which Rock will host, quoting Whoopi’s comments about not boycotting the Oscars.Rock has 2 children Lola, 12, and Zahra, 10, with Malaak, a 45-year-old philanthropist
Source:Linda Ikeji Blog