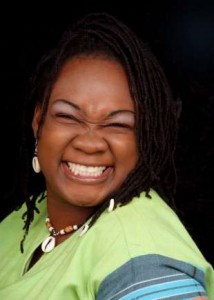 Famous Nigerian comedienne, Damilola Adekoya aka Princess, has revealed how she was able to cope with the crash of her marriage in 2013.

Speaking to a Naij reporter Princess said “three years ago when I had a broken marriage, I was psychologically down, but it was the same thing that brought me down that became my strength; that is one of the psychological powers of comedy –it heals. People around me also helped in recovering from the most challenging period of my life.”

Princess’ marriage to Adesola Jeremiah crashed barely 7 months after their May 8, 2013 wedding.

It was one of the high profile celebrity breakups of 2013.

In an interview with Punch Princess revealed that she was hospitalized after her marriage parked up.