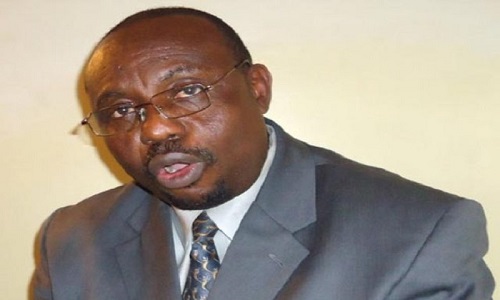 A renowned Kaduna State-based constitutional lawyer and member of the 2014 National Conference, Festus Okoye, has berated the Kano State Government for giving powers to the Hisbah Board (Islamic police) to seize alcoholic beverages and products in some parts of the state, describing it as illegal and unconstitutional.

Addressing journalists in Kaduna at the weekend, Okoye, who was also a member of the Justice Muhammadu Lawal Uwais electoral reform committee, said both the Penal Code and the 1999 constitution recognized the diversity of the North and promulgated laws to suit the diversity.

He maintained that Hisbah had no right to intercept any vehicle carrying alcoholic products on the highways even though some of the highways pass through restricted areas where alcohol is forbidden.

According to him: “No vigilante group by any name has the right to intercept any vehicle carrying anything on a highway built and maintained by the Federal Government. They don’t have that particular right.

“And what States that have paid attention to diversity have done is to make certain areas alcohol restricted areas”.

Okoye further stated: “In order to make sure that the sanctity of some areas are intact, areas where segregated and designated as alcohol restricted areas you cannot sell and you cannot drink. Federal High ways pass through some of these areas and nobody has the right to intercept these vehicles carrying anything containing alcohol because those Federal High ways are regulated by Federal laws and no state law is capable of regulating anything on the High way”.

“So what Hisbah is doing is completely unconstitutional and illegal; it against the constitution of Nigeria”.