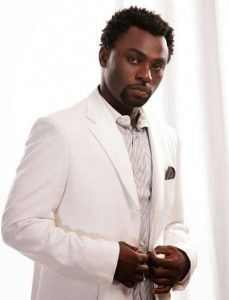 Controversial singer turned writer, Etcetera is back again with a response to a statement by the ex-president of Nigeria, Olusegun Obasanjo.

“The problem today is that it is doubtful if the current administrative system under President Buhari, is imbued with the right mix of skills and values to successfully implement a well-articulated programme of change” says Olusegun Obasanjo

However, his criticism didn’t go down well with Etcetera.

Etcetera in his new article slammed the ex-president and the APC national leader Bola Ahmed Tinubu for the present disarray the country is facing.

“At what point did Obasanjo realise this ehn? After they have sold Nigerians to propaganda? If anyone should speak at this point, it shouldn’t be Obasanjo. It shouldn’t be someone who has his hands soiled with oil from the cookie jar. A man who did everything to remain in power for a third term? A man who was ready to alter the constitution to meet his personal and selfish interest? If anyone should speak right now, it shouldn’t be former President Olusegun Obasanjo. He has robbed himself of the morality and right to criticise any government whether past, present or future. All the while people were screaming at the top of their voices that President Buhari was not qualified and didn’t have what it takes to lead us into eldorado, it was the likes of the former president that did everything possible to get him elected. So why come out now to challenge his capabilities? Isn’t this crying when the head has been cut off? Isn’t it too late? Buhari is president already and in a democracy like ours, nothing can be done anymore until after four years. And Nigerians might as well brace themselves for the longest four years in our nation’s history. Four years of gnashing of teeth and hardship because of the mistakes of few individuals.

The CBN has started deduction of 50 naira from every transaction in the bank. Is that not robbery? Are we cursed with leadership? The government is supposed to alleviate the sufferings of its people but all this government has done is to increase the plight of ordinary Nigerians aided by CBN flip flopping policies.

The government of Goodluck Jonathan was crappy in all ramifications; in fact I strongly believe that if we must progress as a nation, the Goodluck Jonathan era in office should be probed. But looking at what we have today, the whole country is in tatters. Nothing is working. The CBN is confused, making policies today and rescinding them tomorrow. The naira is collapsing beyond recognition and repair. Nigerians are leaving the country in droves daily. This is what Obasanjo and Tinubu have left us with.

A country said to be one of the world’s fastest growing economies just a couple of months ago has been thrown to the dogs. At the rate the naira is plunging, we are fast becoming another Zimbabwe where everyone is a billionaire but can’t afford a loaf of bread.

The likes of Olusegun Obasanjo and Bola Ahmed Tinubu must apologise to Nigerians for foisting Buhari on Nigerians. They must apologise to the nation for the present state of the economy. It is now crystal clear that all they wanted was to see the back of Goodluck Jonathan with no plan for the aftermath. Since May 29th, we are still waiting to know the plan of this government. What is the blueprint? The country is on auto-pilot. Buhari contested for over eight years before becoming the president, and one would expect that a man vying for any position for that long would have sat down to analyse the problems in the system and have a solution at hand to guide him when he gets into office. But it is not the case with the current government. We can see that they were only interested in seeing Goodluck Jonathan out of office. And I believe they never thought the man was capable of losing the election. They must have thought he was going to rig and remain in power at all cost, even to the detriment of the nation, like they would have done in his position.

In a sane country, former president Obasanjo would have retired quietly to a simple life after his bid for a third term in office collapsed in his face. And for some farfetched reasons, Buhari doesn’t seem to want or doesn’t seem to be capable of recognising that recycling politicians would only result in the failure of his government. The president must ask himself what Obasanjo and Tinubu achieved in government? Are we not suffering today because of their mismanagement? Mr. President, if your war against corruption must be viewed as fair and not a witch-hunt, it must be extended to all and sundry.

Finally, the female soldier who gathered her colleagues to beat up a man for saying she is beautiful should be brought to book. Those soldiers should be dismissed immediately. Even an illiterate will not react to being called beautiful in such an animalistic manner. It is clear that our military men are ignorant of their role in the society. How do you beat up someone for saying you are beautiful? You don’t even need an education or common sense to know that “you are beautiful” is a compliment. Public officials in uniform have embarrassed the nation enough. From corruption to drinking ogogoro in public in their uniforms, to beating and molesting people with the slightest provocation or no provocation at all, and smoking of Marijuana and collecting of bribes, fighting themselves publicly over bribes and so on, it is time the government looked into how these men in uniforms are trained