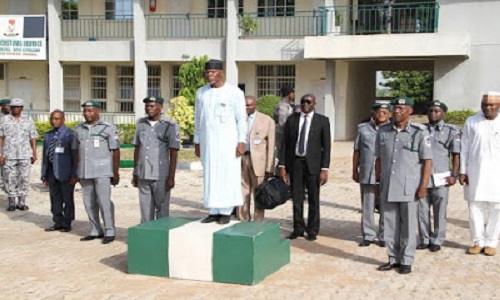 Officers and men of the Nigeria Customs Service (NCS) in all the commands nationwide have filled and returned their assets declaration forms to the Code of Conduct Bureau (CCB) as directed by the Comptroller General of Customs (CGC), Hameed Ibrahim Ali.
The Comptroller had last month directed all officers and men of the NCS to declare their assets within 14 days in line with “the Bank Employees Declaration of Assets Act Cap B1 Laws of the Federation of Nigeria, 2004”.
The directive, which was aimed at ensuring transparency and compliance with the rule of law, was addressed to all deputy comptrollers-general, zonal coordinators and customs area controllers.
Speaking on Wednesday, the spokesperson of the CCB, Mrs. Iyabo Akinwale, pointed out that the compliance level nationwide has been good and impressive.
She disclosed that following Mr. Ali’s directive, a lecture was organized by the CCB and delivered by Mr. Chidoke Obi, the Bureau’s Deputy Director Education and Advocacy Services for the NCS.
During the lecture, which took place at the NCS Headquarters in Abuja, the officers and men of the NCS were instructed on how to fill the CCB forms.
After the lecture, it was gathered that the Customs boss also addressed his men on the importance of completing the CCB form against the background of the anti-corruption war of the Federal Government.