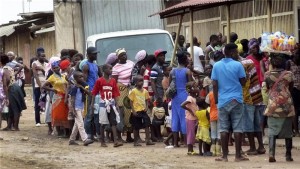 A yellow fever outbreak in Angola has killed 51 people, in the first epidemic of the disease to hit the country in 30 years, official statistics showed on Monday. A total of 241 people were now infected, the southern African country’s national director of public health, Adelaide de Carvalho, said. More than 450,000 people had been vaccinated in the capital of a target of nearly 1.6 million, Carvalho added.

The centre of the outbreak is the capital Luanda’s eastern suburb of Viana where 29 deaths and 92 cases have been reported over the past six weeks, she said. There is no specific treatment for the viral haemorrhagic disease which is transmitted by infected mosquitoes and found in tropical regions of Africa and Latin America’s Amazon region.

Yellow fever symptoms include severe headache, nausea, vomiting and fatigue, according to the World Health Organization. The disease can enter a toxic phase in some people, leading to organ failure and death. Poor sanitation is being blamed for stoking the outbreak, by providing fertile breeding grounds for mosquitos.

Angola lies in the yellow fever belt of Africa where vaccination against the disease is recommended.