The names of the Nigerians who died from Coronavirus complications abroad have been released by the Federal Government.Abike Dabiri-Erewa,...
Read more

The Katsina state government has joined the growing list of states relaxing the suspension of church services.According to the...
Read more

Senate president, Ahmed Lawan has expressed his disappointment at how donations made towards the fight against the novel coronavirus...
Read more

Nigeria's first lady, Mrs Aisha Buhari has extended her magnanimity to the people of Edo state by donating 1,000...
Read more

Nigerian striker Odion Ighalo has praised three of his teammates at Manchester United for helping him to settle in...
Read more 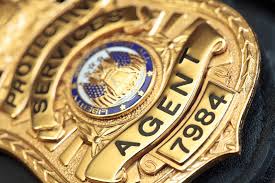 Authorities say a Pennsylvania man stole several police badges while he was being held for questioning in a domestic dispute.

Police say 26-year-old Robert Dingeldein stole the badges Oct. 30 while being questioned by Irwin police. The small town has all its borough offices in one building, so Dingeldein was held in the mayor’s office to keep him away from a woman also being questioned in the dispute.

Police say they didn’t realize that Dingeldein had taken anything from the office until someone else returned one of the stolen badges last month.

Police say Dingeldein has since apologized and returned the three other badges he took. He faces a preliminary hearing May 18 on theft-related charges. He doesn’t have an attorney or listed phone number.