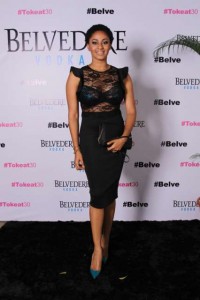 Talking about diversity, this is the definition right here.

Former Most Beautiful Girl in Nigeria (MBGN) and rapper, Munachi Abii is definitely one with a lot of talent to showcase.

According to new report online, Muna is now co-presenting a show titled ‘Fashion 360’ on Spice TV Africa alongside Eso Okolocha where they talk about Fashion, celebrities, gossips and what’s new on social media.

Muna has had the opportunity to host some top shows, especially prize competitions.

In April 2012, she hosted a Nokia-sponsored rap competition titled ‘Don’t Break the Beat’, where she was involved in a stage banter with rapper, Modenine.