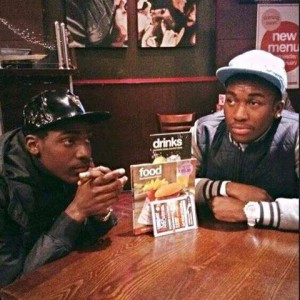 Reports hit the internet yesterday that Nigerian Instagram comedian, Ereme, had threatened to commit suicide, causing a myriad of reactions.

Even Nollywood actress, Toyin Aimakhu had shared a video of herself in tears via Instagram, pleading with the talent to hold on and not go through with his threats.

News reports have now revealed that a friend of Ereme’s, Will Teg, has taken over his Instagram page and would be running it till further notice.

Teg also added that Ereme was safe and doing alright, sharing a photo of Ereme via his instagram page, commenting:

“Twyse is safe and alright now.  Taking over his accounts and phones till further notice (Message from @willteg). Got severals calls nd text from lots of people this morning, telling me @twyse_116 posted a strange post today around 12:00. Had to check if it was true. Called him on phone but he wasn’t picking up my calls was well.

“Had no choice but to head over to is house on my way there got a call from Nigeria telling me one of my lil sis passed out lastnight had a shock while driving to the extent of having an accident with the car. People around the block assisted me in getting out of the vehicle, thank God I was alright. I was bitter sad about the news of my lil sis but I was as well thinking of @twyse_116 not to do anything stupid ( I can’t afford to loose any other person close to me)…. The police had to escort me home. Twyse is fine and safe now. (pls full story will not be disclosed on Twitter or any sites ) just pray for us….. #GodsPlan is the #Best !! Message by @willteg.”

Thank God for great friends, as we can rest easy knowing that no harm will come to him even if we do not know the full details.