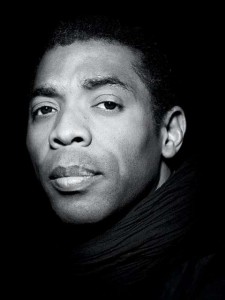 World recognized Four-time Grammy nominated Afrobeat legacy, Femi Kuti has declared he is not like his father Fela Anikulapo-Kuti, and he is not trying to copy him.

After a Twitter user criticized Femi Kuti for not being more like his father, the award winning musician stated that he has never tried to step into his father’s footsteps.

“My purpose in life isn’t to be or copy my father bt 2 BE MYSELF.I love my father &  I’m  NOT in competition wt him” tweeted Femi Kuti.

You can read his tweets below:

Femi Kuti started out in his father’s band Egypt 80.

In the ’90’s he started his own band known as The Positive Force.

Femi has gone on to make a strong name for himself in Africa, Europe and North America.

Today (February 18) is the 42nd anniversary of the burning of Fela’s home known as Kalakuta, during the ambush by ‘unknown soldiers’.

Fela’s mother died weeks after the ambush from injuries inflicted on her by the soldiers.