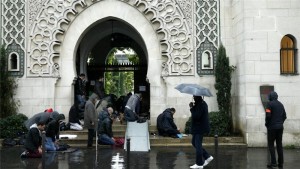 France has carried out abusive and discriminatory raids and house arrests against Muslims under its current state of emergency, traumatising and stigmatising those targeted, including children and the elderly, human rights groups said. Human Rights Watch (HRW) and Amnesty International published separate research on Wednesday, pointing to cases where excessive force had been used, leading to human rights violations including violence.

Those targeted said the police burst into homes, restaurants, or mosques; broke people’s belongings; threw Qurans on the floor; terrified children; and placed restrictions on people’s movements so severely that they lost jobs and income, or suffered physically.

The raids werelaunched on November 14 in response to attacks in Paris a day earlier that left 130 people dead, and were later claimed by the Islamic State of Syria and the Levant (ISIL) group.

ISIL’s claim triggered a backlash – not just in France, but across Europe and elsewhere – as Muslim communities were collectively “punished”. There are between 5.5 million and 6.2 million Muslims in France, or roughly 7.6 percent of the total population – making the group the largest Muslim minority in Europe.  Declared by President Francois Hollande, France’s emergency laws approved warrantless searches.