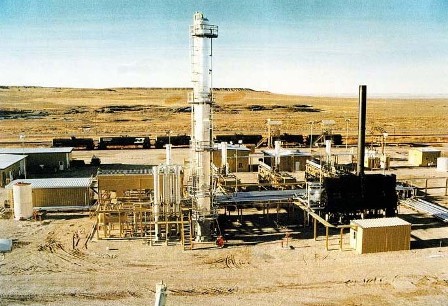 Delta State Governor Ifeanyi Okowa, Friday approved the establishment of modular refineries in the state to create jobs for its unemployed youths.

The governor announced the approval when Mr Isaac Wright, the Managing Director of Wright Global Group, and his team paid him a visit in Asaba.

Okowa said that establishing the refineries in the oil-rich riverine communities would place them close to source of their raw materials.

“We will support this partnership, especially with the fact that it will provide job for our people and you are providing the funding 100 percent.

“It is our hope that everything works; the government of Nigeria is also supporting the establishment of modular refineries because that is the right way to go,” Okowa said.

He assured the investors of adequate security, adding that the state was largely peaceful.

The governor said that the state government was working hard to ensure that the youths were employed and to create an enabling environment for investors.

“We are investor-friendly people and we will give you the best of support we can give to you as a state government,” he said.

Speaking earlier, Wright said that his organization would provide 100 percent funding for the modular refineries. They will cost 400 million dollars (about N 78.8 billion), and would be completed in a couple of years.

According to him, the organisation proposed to establish the refineries in Escravos and Koko communities in the state.