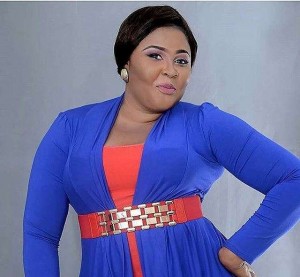 Famous Nollywood actress, wife and mother, Ireti Osayemi Bakare has opened up on why she never wears short skirts or skimpy attires except for a movie role.

In a recent interview with Punch Newspaper, The Liberian born actress stated that her mother would frown at her outfits when they are too skimpy or small.

“It is because of my background. My mother would never allow you to expose your body. I don’t feel comfortable in them. I would not like a situation whereby I would be sitting down but I would need to pull my skirt down at intervals. I would not want to go through that stress because I would not be comfortable in my own skin. I would rather put on something that I know I am okay in,” the Oro Ana actress disclosed.

The Jenifa actress also disclosed that she dumped modeling and beauty pageant for acting because her mother frowned at such exposure which the industry brings to a female child.