Lt. Gen Theophilus Danjuma on Saturday said he was the third person on the list of those marked for assassination during the failed 13 February, 1976 coup d’état that claimed the life of the then Head-of-State, Gen. Murtala Muhammed, and many others. 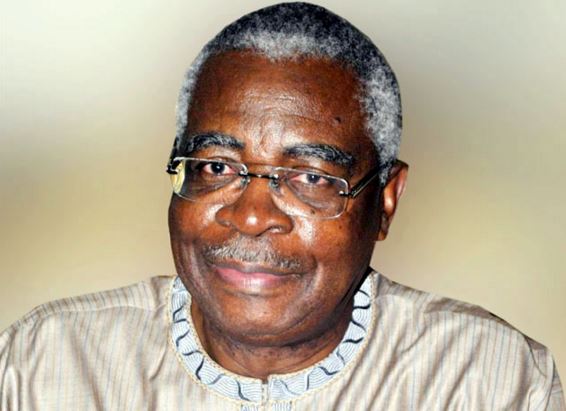 He said this at the Murtala Muhammed 40th Memorial Lecture held at the Transcorp Hilton Hotel, Abuja where President Muhammadu Buhari and Danjuma, a former Minister of Defence, were among several dignitaries who applauded the virtues and leadership qualities of the late Gen. Muhammed.

President Buhari described the late military ruler as a man with extra-ordinary passion who was in a hurry to make Nigeria better.

He noted that although his late boss had a not-too-easy relationship with some of his colleagues in the Army, his loyalty and dedication to his fatherland was never in doubt.

The President said, “His life, short though it proved to be, was marked by an extraordinary passion, energy and determination to do better, and to make Nigeria better. These are values that young and old alike should all remember – and celebrate.”

While extolling the leadership qualities of the late Head-of State, Buhari noted that by the time Murtala was given Command during the Civil War, the Federal side was on the defensive.

According to him, the rebels had overrun the then Mid-West, and reached as far as Ore, just 100 miles from Lagos.

He said, “By dint of sheer bravery, improvisation and resourcefulness, he mustered a rag-tag group of soldiers, integrated them into an entirely new division, knocked them into fighting shape, recovered Mid-West and ventured across the Niger. Alas, there were terrible casualties on both sides.

“But Murtala’s motto was to get the job done as quickly as possible; sacrifice and loss were part of the risks of war.

“Relations between Murtala and some other senior officers were not always easy. But no one could doubt his inspirational qualities or call into question his love and dedication in the service of Nigeria.”

Buhari further explained that Murtala Muhammed’s death robbed the nation of a leader who was determined to deal with the menace of corruption and indiscipline with an uncommon zeal.

Recalling the events of February 13, 1976, Buhari said he was at his duty post as Military Governor of the defunct North Eastern State when he received a call from General TY Danjuma.

According to him, the following conversation ensued:

“Gen. Danjuma called me and said: ‘Mohammed, where are you?

“I said, in the office sir.

“He said, ‘do you know what is happening?’

“I said ‘where?’ He said in Lagos. He said the Head of State had left his house and was driving his car to the office then around the secretariat, there was shooting.

“I said they must have murdered him. And he said, ‘do something.”’

The President went on to explain how he rallied troops in Maiduguri and Yola to avoid a breakdown of law and order adding that since it was a Friday, he had to go to the Mosque, a decision he said, helped to douse the tension that had built up over happenings in Lagos.

Buhari said within the six months of Gen. Muhammed’s rule, he was able to articulate a clear vision of the legacies he was bequeathing to Nigeria.

He noted that the late general was instrumental to the creation of additional states and laying the foundation for moving the Federal Capital from Lagos to Abuja.

President Buhari enjoined all present to see the occasion as one of celebration and not of mourning because the late icon lived a life worthy of emulation.

Earlier, General TY Danjuma who served under the late Head-of-State said, he was alive only by the grace of God because Lt. Col. Buka Suka Dimka and his gang of conspirators had condemned him to death.

He said, “February 13, 1976 was a Friday. In English mythology -I don’t know how it started, but the combination of Friday and the number 13, represent bad luck.

“When I remember that day; it leaves me with varied emotions because I too had been condemned to die by Dimka and his associates.

“In fact, on the list that he brought to General Iliya Bissalla, our then Commissioner of Defence, to seek his approval, I was number three on the death list.

“Bissalla promoted me to number two. That I am still alive today is by the grace of God.”

He enjoined the Murtala Mohammed Foundation to ensure a proper documentation of its activities for posterity. He promised to finance a documentary of the foundation’s activities on television.

Danjuma stressed the importance of accurate record of events to avoid distortions by those who know nothing about what happened.

In his key note address, General David Richards, former Chief of the Defence Staff, United Kingdom, said Nigeria deserved more accolades for its human and material sacrifice in resolving the conflict in Sierra-Leone than it had gotten.

Richards who spoke on “Regional Security and State Building: Portents and Prospects”, noted that the tendency to recommend the same template for tackling crisis in each state had proved a sad lesson re-lent across continents over the years.

He also noted that contemporary insurgency required a new strategy to tackle because the force of arms alone could not resolve issues therein.

The retired Army General noted that the growth of social media, rivalries among states and on-line real time news adds to the complications experienced in trying to manage conflict.

Richards said, “The loss of the control of the agenda is the greatest threat to the World Order” adding that, states must now do more to gain and retain public confidence through the provision of quality leadership.

An adviser to the Secretary General of the United Nations on West African Affairs, Mohammed Ibn Chambers, recalled that he was a university student studying in Ghana when Gen. Murtala Muhammed was assassinated.

He stated that students all over Africa protested because they knew the contributions Nigeria under the late General’s leadership was making towards liberating the rest of Africa.