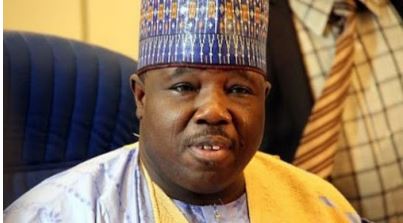 The new national chairman of the Peoples Democratic Party (PDP), former Borno State Governor, Senator Ali Modu Sheriff, has promised to carry everyone along as he seeks to reposition the party after its dismal performance at the last general elections.

The former governor and three time senator from Borno State emerged national chairman of the PDP after months of internal wrangling and speculations over who would replace the erstwhile chairman, Ahmadu Adamu Mu’azu, who resigned last May.

Speaking after taking the oath of office last night at the PDP national secretariat in Abuja, Sheriff said: “The task ahead of us is very challenging one but I will carry everybody along to ensure that we take over power in 2019. The choice you have made today, you will never regret it. I will pilot this party to success. Nobody will be witch-hunted or left alone. All of us will together re-position and take the party to greater heights”.

“The setback we had in 2015 will not take us backward. From tomorrow, we will keep this party growing. You will come here to celebrate PDP in 2019”, he said.

Mr. Sheriff also announced that he would officially take over from Prince Uche Secondus, who was the acting chairman, today.