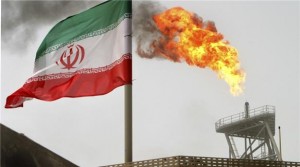 Iran’s Oil Minister Bijan Zangeneh says the country is ready to negotiate with Saudi Arabia and other OPEC members over the current dire conditions in international oil markets. Tehran recently resumed oil exports after Western sanctions over its nuclear programme were lifted, and announced it plans to produce 500,000 barrels per day. The move will add significant pressure on an already oversupplied market, as OPEC continues to refuse to cut its production.

“We support any form of dialogue and cooperation with OPEC member states, including Saudi Arabia,” Zangeneh told reporters. The Iranian oil minister said in early January that certain countries’ insistence on overproduction was politically motivated.

“If there were a strong political will, the price of oil would have been balanced within one single week,” Islamic Republic News Agency (IRNA) quoted him as saying. “None of the oil producers is happy with the existing prices, which will harm suppliers in the long term.”

Zangeneh added Iran needs as much as $200bn in investments to revamp its oil industry. The global oil sector has taken a beating since the summer of 2014, losing about 70 percent of its value. OPEC countries have refused to budge on the flooded market, keeping in place a 30 million barrel per day production ceiling.