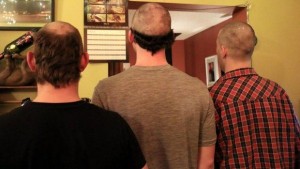 Fed up of DIY haircuts, the residents of Norman Wells, an isolated town in northern Canada, are desperately looking for a professional hairdresser. They’ve been cutting their own hair for the past two years and frankly, they’ve had enough of it. Located near the southern edge of the Arctic Circle, with a population of about 800 people, Norman Wells has always been a small community with more pressing small-town problems. Food products need to be flown in, prices are higher, and sometimes the residents need to go without supplies because the planes don’t come in.

But they never realised that something like the lack of professional hairdressing could be a nightmare until their hairstylist moved out due to the lack of housing in town. “It’s been a long struggle for us,” Nicky Richards, the town’s economic development officer in charge of the hairdresser recruitment effort, told The Guardian. “We just don’t have anyone. It’s something that people down south don’t ever think about because they don’t have to worry about it.”

So Richards is making the town’s plight public, hoping to catch the attention of professional hairstylists who might be interested in helping them out. She says that many residents refrain from cutting their hair, waiting for a chance to travel south to get a decent haircut. Others just trust their friends to do the best they can. Women have had to resort to “messy” box dyes to color their own hair, while some men have actually used sheep shears to tame their messy locks.

“We have a couple of shaggy people around here for sure,” Richards said, speaking to CBC News. “I cut my boss’s hair all the time. We had a friend that lived out in the bush that every time he’d come in I’d cut his hair. I cut my husband’s hair. But I mean, it’s just with the clippers, I’m not a hairdresser, so everybody’s got the same kind of buzzed haircut.” She doesn’t trust herself to cut her own hair though, so she just waits until she has an opportunity to travel out of town. “Whenever I get out of town, that’s like the first thing, ‘Oh my God! I’m going to get my hair done!” she joked.