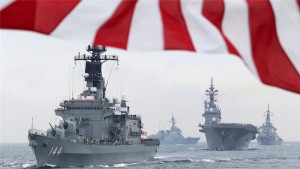 Japan vowed on Wednesday to shoot down any missiles or rockets fired over its territory after North Korea announced plans to launch a satellite in the coming days. “Today the defence minister issued an order” to destroy any projectiles if “confirmed that it will fall on Japanese territory”, the defence ministry said in a statement.

“Japan’s military has been put on alert. Japan is saying it will – if any parts of this rocket come down in various stages in Japanese territory – they will shoot them down if necessary,” Fawcett reported.  South Korea, meanwhile, said Pyongyang will pay a “severe price” if it goes ahead with what the international community sees as a long-range missile test.

In Seoul, the presidential office said North Korea should immediately call off the planned launch, which is a violation of UN Security Council resolutions. South Korean and US officials said North Korea’s move would threaten regional security and violate UN Security Council resolutions that ban the country from engaging in any ballistic missile activities.