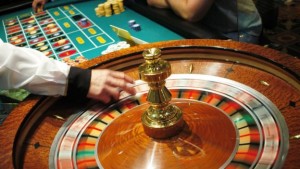 A Tanzanian gambler has been stoned to death by fellow players at a casino in Kenya’s capital Nairobi after he killed two of its employees, police say. The man lost his temper when he was refused an advance to try to win back the $300 ($210) he had lost, Nairobi police chief Japheth Koome added.

He left the building but returned with a dagger and stabbed the manager and a security guard, Mr Koome said. Fellow gamblers then chased the man, killing him in a nearby street. The attack took place at the City View Bar and Restaurant Casino in Nairobi’s Eastleigh district, local media report.

Another security officer who was wounded in the attack is in a serious condition in hospital, Kenya’s Daily Nation newspaper reports. “He was not prepared to lose,” one witness to the attack told AFP news agency. Casinos have been growing in popularity in Kenya in recent years. Revenues for 2014 were estimated at $20m, showing an annual increase of more than 6%, according to a report by private auditing firm PricewaterhouseCoopers.