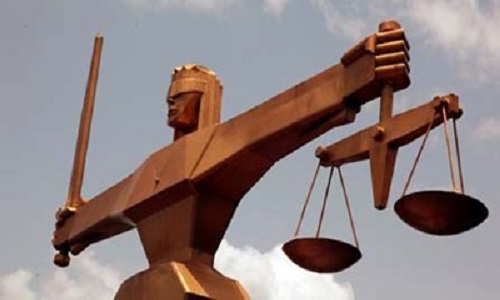 An Abuja-based lawyer, Mr Abdul Mohammed has explained why two similar cases may end of with different judgments at the court of law.

Speaking on Sunday in Abuja in an interview with the News Agency of Nigeria (NAN) on recent criticisms of the judiciary over conflicting decisions, Mohammed said different judgments could arise from the kind of evidence made available to courts.

“On the street, the way a case is viewed can be different because there may be some basic information that the court will or will not be privy to.

“So, those outside might not be privy to these facts which will be the basis on which different decisions will be given in two seemingly similar cases.

“Also, sometimes when the outcome of a case is different, it could be as a result of changing circumstances at the time,” he said.

According to him, judges could not determine a case with information outside of what was presented before them by parties to the case. Besides, judges are not infallible and could make mistakes.

Mohammed also lamented that judges were working under very poor conditions with no infrastructure in the courts and inadequate prosecutors.

“We need more manpower because in the entire country, we have only about 5,000 judges and we are about 160 million people.

“How do you expect the problems of 160 million people be solved by just 5,000 judges?

“We need to massively increase the number of the judges to a commensurate number to make their work easier.

“For instance, there are just three prosecutors from the NDLEA servicing 11 courts in the Federal High Court in respect to drug related offenses.

“How do we expect them to cope with the rising drug related cases,’’ he said.

However, he expressed confidence that the enactment of the Administration of Criminal Justice Act, 2015 will help to fast track justice.