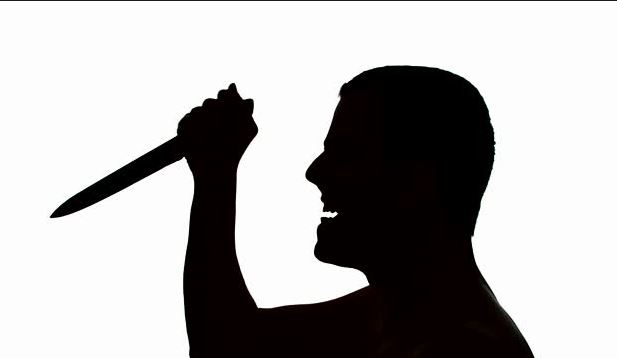 A 25-year-old casual worker, Raphael Nwoye, on Tuesday allegedly went on the rampage in the Ajao Estate area of Lagos State, stabbing his 33-year-old colleague, Ifeanyi Onuoha, to death for insulting his lover, and injuring two others who tried to make peace.

PUNCH Metro learnt that 33-year-old Onuoha was stabbed in the neck and in the back at about 8am on Niyi Ogunbameru Street after the suspect claimed that Onuoha had been rude to his lover, identified only as Ngozi, on several occasions.

Our correspondent gathered that Nwoye, who was one of the casual workers who usually offloaded containers, had had an altercation with Onuoha a few weeks back over Ngozi and had warned the deceased to desist from insulting his lover.

It was learnt that on Tuesday, when Onuoha, also a casual worker, came into the area to see whether there were containers to offload, there was a fresh argument over Ngozi.

It was said that Nwoye, who had a knife in a bag he carried, rushed at Onuoha and stabbed him in the neck and in the back.

The deceased reportedly moved away while two bystanders, one of them identified only as Kenneth, tried to hold the suspect to prevent further attack.

An angry Nwoye was said to have allegedly stabbed the two peacemakers, prompting a resident to quickly alert the Ajao Estate Police Division to the bloody fight on the street.

Onuoha, Kenneth and the third victim, whose name had yet to be ascertained, were said to have rushed to the Isolo General Hospital. While Onuoha died before reaching the hospital, the two others were said to be receiving treatment.

The suspect was thereafter arrested by the police.

When PUNCH Metro got to the area on Wednesday, most residents were not willing to talk about the incident.

A security man, Chukwu Ebuka, however, told our correspondent that Onuoha and Nwoye were friends and labourers in the area, until they became rivals over a girl.

Ebuka added that there was a third friend, Tony, who had tried to help the duo settle their differences.

He said, “The girl in question is afraid. She has left this area since yesterday. Apart from Ifeanyi (Onuoha) and Raphael (Nwoye), there is a third labourer – Tony. Sometime in January, Nwoye had raised the issue that Ifeanyi was misbehaving with his girlfriend because he insulted her, but they settled the quarrel.

“Yesterday, Tony had called Ifeanyi to come to the area as there were containers to be offloaded. When Ifeanyi arrived, there was a fresh argument over the girlfriend, and Raphael became angry and brought out a knife.

“After killing his friend, Raphael was about escaping when people stopped him that he must not escape. During that process, Raphael stabbed two more persons. They were also bleeding but fortunately, we rushed them to a hospital, and they are still alive.

“We do not know Raphael’s family. He is one of those men who do menial jobs on the street. He had been moving about with the knife in his bag for days before the incident.”

A factory worker, who declined to give her name, said she saw Onuoha writhing in pains as she came to work on Tuesday.

She said, “I heard the man shouting, ‘He has killed me o, help help’ as I was coming to work. Blood was all over the place. Both of them do not stay on this street. They only come to work if there are containers they can offload.

“People were shocked that the fight over a girl degenerated into killing.”

The Police Public Relations Officer, SP Dolapo Badmos, said the case would be transferred to the State Department of Criminal Investigation for further investigation.

She said, “Nwoye was arrested for allegedly stabbing Onuoha to death. The deceased is of a yet-to-be-known address. He was stabbed in the neck and in the back, and he died on the spot.

“His corpse was deposited at the Isolo General Hospital Morgue for a post mortem examination, while the suspect had been arrested. He will be transferred to the SDCI for further investigation.”