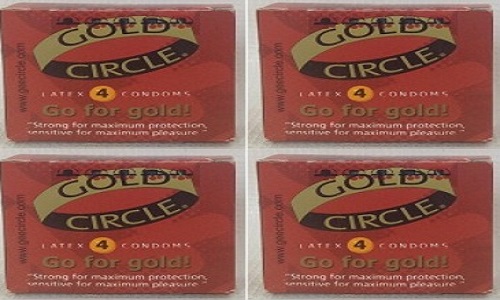 The Muslims Rights Concern (MURIC), has accused the AIDS Healthcare Foundation (AHF) of sexual licentiousness for distributing thousands of condoms across the country on Valentine’s Day.

The AHF had on Sunday distributed 500,000 units of condoms across different locations of Abuja to commemorate Valentine’s Day, which was last Sunday.

But in a statement by its Executive Director, Prof. Ishaq Akintola, on Tuesday, MURIC said, “The Muslim Rights Concern (MURIC) strongly condemns this action. It is not only misleading but wrongly timed.

“Apart from the promotion of sexual licentiousness, public and indiscriminate distribution of condoms to both married and single individuals (including secondary school students) on Valentine’s Day is both a disservice to history and a dishonour to St. Valentine himself.

“MURIC wishes to straighten the records in view of this crude attempt to distort history. The proper way to mark Valentine’s Day is to mount a strong campaign against premarital sex in particular and sexual promiscuity in general. This is based on the fact that St. Valentine himself died fighting against these societal evils.

“Students of history will recall that Emperor Claudius outlawed marriage in the 5th century and forcefully conscripted young men into the army. Sexual recklessness followed the issuance of this decree. St. Valentine confronted the emperor’s draconian decree and joined young men and women in marriages in order to bring sanity back to society. He was subsequently arrested and executed on 14th February, 270 C. E.

“It is therefore an attempt to distort history for any group to mark the day by distributing condoms.

Valentine’s Day is not a day for encouraging young girls to lose their virginity. It is not a day to promote fantasies and secretive dating. All these lead to fornication, adultery and the attendant pains of abortion, teenage pregnancy, single motherhood and irresponsible parentage.

“St. Valentine can be better honoured and productively remembered by mounting a campaign against premarital sex, encouraging preference for marriage to immoral relationship, showcasing the beauty of the institution of marriage as opposed to celibacy, promoting family values, and highlighting responsible parentage.

“By the same token, we opine that the distribution of condoms gratis to the public as a way of fighting HIV and AIDS is sheer window-dressing. Those who are genuinely interested in stopping the AIDS scourge are advised to strike at the roots. Indecent and provocative dressing among women is at the root of sexual recklessness in society. Any country which succeeds in controlling this phenomenon will find it easy to reduce the transmission of HIV/AIDS and other sexually transmitted diseases to their barest minimum.

“In conclusion, we remind Nigerians that every single habit in society is a parameter for judging its people, its present as well as its future. We owe it a duty to check today’s immoral practices to avoid descent into the abyss of Sodom and Gomorrah. We charge religious leaders to focus on the reorientation of moral values in general and the reengineering of sexual perceptions in particular”.