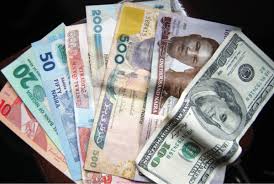 The naira’s depreciation continued, yesterday, as the currency went down to N385 per dollar in the parallel market as demand for foreign exchange intensified. The naira has thus lost N60 against the dollar this week alone.

The currency, however, remained stable at the official interbank foreign exchange market as the interbank rate closed N199.34, yesterday.

A pound sterling now exchanges for N505 in the parallel market.

Vanguard’s investigations revealed that the sharp depreciation of the naira in the parallel market this week is driven by increasing demand by importers sourcing dollars to pay for imports from China.

According to a Bureau de Change (BDC) operator, who spoke on condition of anonymity, “you know China had been on its one month annual holidays. But they resumed work on Monday, and people have to complete payment for goods ordered before the holidays. “They had made 30 percent down payment to order the goods and they now have to pay the 70 percent balance otherwise they will lose the 30 percent. That is why they are desperate and ready to buy dollars at any rate.

“Meanwhile, supply is scarce and those who have dollars are not willing to sell because they might also need the currency soon.”

The naira’s depreciation has intensified since Tuesday, January 12, 2016, when the Central Bank of Nigeria (CBN) stopped weekly dollar sale to BDCs. Prior to this action, the naira traded at N265 per dollar in the parallel market. The depreciation was also aggravated by inability of the CBN to meet foreign exchange demand.