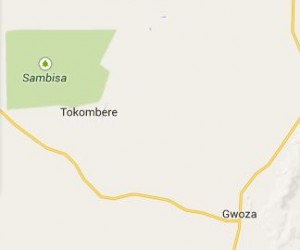 The Nigerian Air Force Unmanned Combat Aerial Vehicle (UAV) has destroyed a logistics base used by members of the Boko Haram terrorists group.

A statement issued by the Director of Public Relations and Information, Group Captain Ayodele Famuyiwa said the strike is a major setback for the Boko Haram Sect and a major plus for the fight against insurgency by the Nigerian troops.

The UAV was on intelligence, surveillance and reconnaissance (ISR), mission when it came across the gathering of Boko Haram terrorists at Garin Moloma, about one kilometre north of the Sambisa Forest.

According to Famuyiwa, at the time of the UAV attack, the location, though under surveillance for quite a while, had a large gathering of Boko Haram terrorists and vehicles.

“The multiple explosions and huge fire ball from the location, as can be seen from the enclosed video of the UAV strike, strongly suggests that it may be either an ammunition/fuel storage or weapons/technical workshop,” Famuyiwa said.