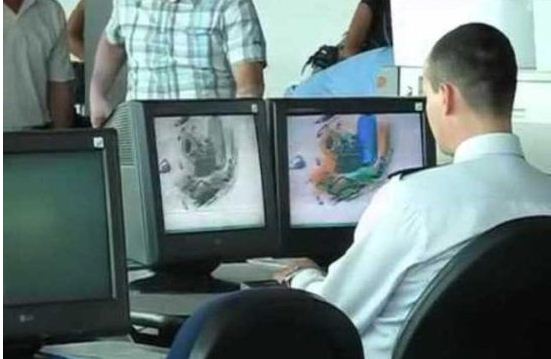 A 40-year-old Nigerian man has been accused of smuggling nearly 1.7kg of cocaine capsules in his intestines via Dubai in transit. A special device helped capture the man carrying the cocaine in his intestines. (screenshot)
Jail wardens did not bring the suspect from his detention and present him before the Dubai Court of First Instance where he was scheduled to enter a plea on Sunday, February 7. Presiding judge Mohammad Jamal adjourned the hearing until the defendant is brought from detention on February 21.
Law enforcement officers at Dubai International Airport were said to have discovered that the Nigerian passenger, C.J., had been carrying drugs in his intestines when they had him checked at the special detecting device at the airport’s transit terminal in November.
The passenger was referred to Dubai Police’s anti-narcotics department immediately after the scanning device exposed tens of capsules in C.J.’s intestines.
Drugs prosecutors charged the suspect with smuggling 80 capsules that contained a stone-like white substance via Dubai in transit. A policeman claimed to prosecutors that he was tasked with accompanying C.J. to a public hospital to make him emit the drug capsules.
“I escorted the suspect to the hospital where he was provided with a medical substance to help him emit the capsules. He got out 45 capsules over a few hours,” testified the policeman.
Dubai Police’s forensic laboratory confirmed that the extracted capsules contained nearly 1.7kg of cocaine.