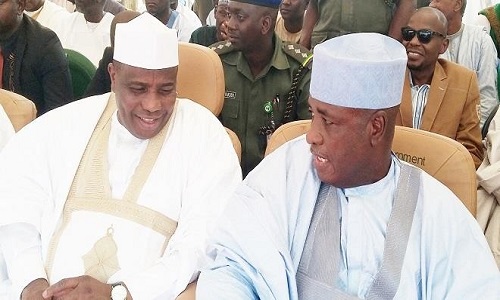 The immediate past Governor of Sokoto State, Senator Aliyu Wamakko, yesterday pleaded with Nigerians to exercise more patience with President Muhammadu Buhari, reassuring that the present administration had good plans for the country.

Wamakko, who represents Sokoto Central on the platform of the All Progressives Congress (APC), said the president’s style of leadership was good for the advancement of the country.

“He has a vision for a stronger, united and independent Nigeria in terms of infrastructure, economic development, security and social justice as well as respect for law and order”, he said.

The former governor, who spoke in Tureta, the headquarters of Tureta Local Government of Sokoto State, at the inauguration of the councils’ election campaigns of the party, stressed that the federal and Sokoto State governments had good intentions to revamp agriculture, solid minerals and other key sectors of the economy.

Wamakko said: “Nigerians need to be patient and prayerful, as there is light at the end of the tunnel”.

The Senate Committee Chairman on Education (Basic and Secondary), described the incumbent Governor, Aminu Waziri Tambuwal as “a worthy successor, who has the interest of the people at heart”.

Earlier, Tambuwal promised to sustain his predecessor’s legacies and initiate new programmes and policies with bearing on the people.

He said: “I will strengthen and focus on education, health, agriculture, youths and women empowerment, among others”.

The party Chairman, Alhaji Suleiman Danmadamin-Isa, said APC was determined to consolidate its victory, adding that the people would vote the party during the polls.