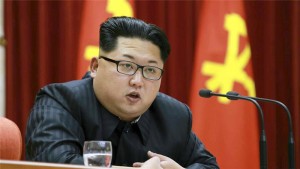 North Korea has launched a long-range rocket, violating UN resolutions and doubling down against an international community already determined to punish Pyongyang for a nuclear test last month. State media said on Sunday the launch to put a satellite into space was a “complete success” and vowed to continue launching satellites in the future.

Pyongyang labelled the launch part of a purely scientific space programme, but most of the world viewed it as a disguised ballistic missile test. The rocket took off at around 9:00am Pyongyang time (00:30 GMT), according to the South Korean defence ministry. Its pre-orbital flight arc was planned to traverse the Yellow Sea and further south to the Philippine Sea, with both South Korea and Japan threatening to shoot it down if it encroached on their territory.

The UN Security Council will hold an emergency meeting later on Sunday in New York over the launch, following a request by South Korea, Japan and the US. UN Secretary-General Ban Ki-moon called the launch “deeply deplorable” and urged North Korea to “halt its provocative actions”.