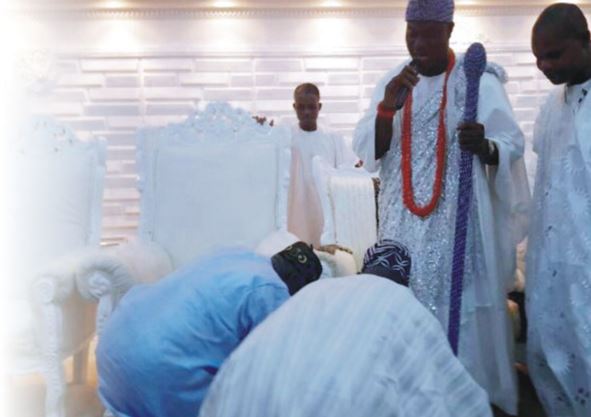 Former president Olusegun Obasanjo has declared support for the move by the Ooni of Ife, Oba Adeyeye Ogunwusi to unify the Yoruba race during his reign. It would be recalled that Ooni Ogunwusi had been visiting Yoruba monarchs as a way of ensuring unity. Among those visited were the Aalafin of Oyo and Awujale of Ijebuland among others.

“It is only a sign of honour for the Ooni to visit anyone. That does not stop Ile-Ife from its position in the history of Yorubaland,” Obasanjo said during a visitation to the Ooni’s palace where he was received by prominent traditional rulers in Ile-Ife.

In a dramatic move, Obasanjo who was accompanied by other prominent personalities dressed in his Yoruba regalia, prostrated for the Ooni as a sign of respect.

The former president explained that the unity move by the Ooni was important for the progress of Yorubaland. He urged the Ooni not to relent in his move to ensure unity, adding that Ife remained the source of Yorubaland.

“I commend the role of Ooni in ensuring peace in Yorubaland. Continue what you are doing, especially your unity course. I am happy with the move taken so far,” he said.

Obasanjo subsequently prayed for the progress of Ife and Yorubaland. He also apologised for not being present at the Ooni’s coronation.