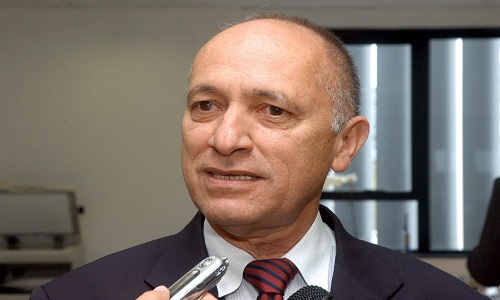 The Cuban Ambassador to Nigeria, Carlos Sosa, has said that a very large population of Cubans originated from Yorubaland and that the Ooni of Ife is the spiritual father of most of his countrymen all over the world.

Mr. Sosa spoke Tuesday while hosting The Ooni, Oba Enitan Ogunwusi, at the embassy of the Republic of Cuba in Abuja.

“‎Ooni is the Spiritual father of most of us Cubans all over the world because 90 percent of Cubans are black Africans and a very large portion of us originated from Yorubaland which is spiritually headed by Ooni of Ife”, said Mr. Sosa.

Mr. Sosa said the Cubans originated from Ile-Ife, a town they call their ancestral home and which they cannot wish away.

He spoke of the tourism potentials of Nigeria, particularly in Ile Ife, describing the ancient town as home to numerous tourist attractions, which he said if developed to international standards, would boost Nigeria’s economy.

The coordinator of the event and Chief Executive Officer of La Campagne Tropicana Beach Resort, Lagos, Wale Akinboboye, called on Nigerian investors to join hands with the federal government in developing tourism potentials as a way of attracting more foreigners to the country.

Sally Mbanefo,‎ the Director General of the Nigerian Tourism Development Corporation, said the Nigerian government would give credence to tourism business in the country, adding that tourism was Nigeria’s untapped goldmine.

“The first thing is to diversify the economy, then the Public Private Participation be encouraged; we need to fight for domestic tourism, we have the population as our greatest strength”, Mrs. Mbanefo said.

“If 20 million out of 170 million Nigerians travel to explore tourism activities, will that not translate to huge revenue generation because you can’t stop Nigerians from travelling?
‎
“What about private organization such as telecomm companies, they make so much money but are they giving back to the society? Government cannot do it alone, they need to come in.

“Though some of these states are ready like Lagos, Ogun, Nassarawa, Abia, even Kaduna state are all ready to go. Collaboration is all we need; collaboration with other government agencies success”, the NTDC boss added.