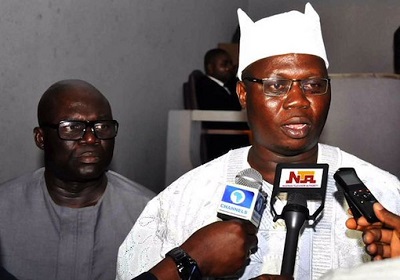 The Oodua Peoples Congress (OPC) has expelled some of its members for engaging in activities which portrayed the group as a lawless organisation.

In a statement by its the Director of Media and Publicity, Yinka Oguntimehin, the OPC frowned “at the expelled members who have exhibited gross anti-congress activities and acts that may bring the Congress to public ridicule”. They include Marruf Salami (Kwara) Adeola Adeagbo (Oyo), Rotimi Akinsowon (Ondo), Boye Mayungbe (Baba Odua) and Akeem Ologburo (Bayelsa), all former coordinators .

“OPC over the years has come out of various negative perceptions and the congress has through its activities which include cultural promotions and humanitarian services, as well as complementing the efforts of security agencies especially in South West,” Oguntimehin said.

“The formation of OPC spread across 63 countries over the world, won’t allow such ill mannered people to be in leadership positions, thereby breeding anti societal elements.

“Subsequently they have been replaced with Oguntunde Rotimi Olumo (Oyo), Pius Ogunsanya (Ondo) who are to act as state coordinators and take charge of the state secretariats while competent hands will soon be appointed for other states,” the statement said.