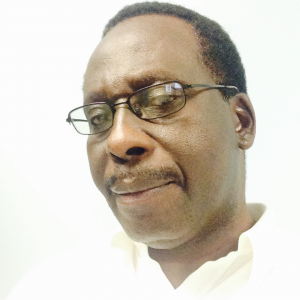 The recent ruling of seven-man panel of Supreme Court Justices which upheld the election of PDP’s Udom Emmanuel as Akwa Ibom governor drew a flurry of new, and often critical, scrutiny of the nation’s highest court.

Critics are more concerned about the seven justices who are appointed for life barring a moral or ethical cataclysm to be more open and accountable particularly about bribes and other corrupt inducements taken. Nigerians want to know how much money was exchanged in the cases whose disputes wind up on their docket.

The United States Government said: “We have seen the reports of violence and irregularities, particularly in Rivers and Akwa Ibom States. We hereby call on aggrieved parties to pursue their grievances peacefully in the judicial arena.”

The Nigerian Civil Society disapproved the way the election was conducted: “Information obtained from our networks of field observers and partners indicate the following: Numerous cases of electoral misconduct at polling units in Akwa Ibom, killings in Rivers State and in Akwa Ibom State.”

Umana, the APC candidate appealed against the ruling, seeking a total nullification of the elections. On December 18, 2015 the Court of Appeal sitting in Abuja nullified the Akwa Ibom State gubernatorial election of April 11, removing Emmanuel from office. The five-man panel of the Court of Appeal said the tribunal failed to comply with section 179 (2) of the Constitution.

The court sided with Umana based on the evidence of principal witnesses, video evidence, and evidence from state collation agents. There was no collation but allotment of votes, the court said.

“The question is, if there was no collation, can there be said to be an election?” “Indeed where there was no collation of election, there cannot be said to be an election,” said the court. The court ruled that “The entire election is hereby nullified. The election that brought Mr. Udom is hereby nullified.”

The case went to the Supreme Court. The Supreme Court on February 3, set aside the ruling of the Appeal Court. In a unanimous decision, the seven-man panel justices affirmed that neither the APC nor its gubernatorial candidate Umana was able to prove that the election was rigged. The justices said both the Abuja Division of the Court of Appeal and the Akwa Ibom State Governorship Election Petition Tribunal failed to properly evaluate the evidence and the case that the contending parties filed before them.

The facts and the evidences that the gubernatorial election was rigged and skewed in favor of Emmanuel were overwhelming and compelling: widespread violence, collation evidence, and over voting. Collation never took place at all levels – ward, local, and state. No collation at INEC headquarters in Uyo, Akwa Ibom State capital.

There was over voting in all the 2,982 units in the 31 LGAs in the state. Number of votes cast was more than the number of accredited voters by the Card Reader and the Voter’s Register. In addition, 360 exhibits including ballot papers, video clips, pictures of dead persons killed in the election violence and a total of 52 witnesses gave evidence in support of the APC candidate.

We expect the Supreme Court to do the following: (1)To resolve a conflict in the interpretation of a federal law or a provision of the federal constitution. (2)To correct an egregious departure from the accepted and usual course of judicial proceedings. (3) To resolve an important question of federal law, or to expressly review a decision of a lower court that conflicts directly with a previous decision of the court.

Our constitutional democracy rests on the notion that disdained and disfavored Nigerians can still find justice before an independent Supreme Court. If the latest decision of the Supreme Court does not outrage the moral sense of Nigerians, then nothing will. The Jonathan Supreme Court justices have been a let down. Majority of Nigerians doubt the legitimacy of purchased judgments and feel disenfranchised. To be sure, with the corruption tainted rulings, Nigerians have come to see the justices as enfeebled reactionary relics.

Corruption is not the only problem of the Supreme Court justices. Majority of them are suffering from severe loss of mental capacity. How much fresh thinking and enthusiasm for long hours of work on sometimes tedious issues should we expect from octogenarians and septuagenarians? The justices are criminally complacent, they have settled for diminishing productivity, and they have lost touch with the temper of Nigerians and of the times. Public discontent with the Supreme Court rulings that are mediated through corruption and bribery creates hostility towards the justices.

We call on the justices to disclose more information about any possible or actual conflicts of interests that arise from bribery, corruption, and other financial transactions. The justices in my mind, operate without an established ethics code. But it’s highly unlikely that they will drop their veil of secrecy and shred their robe of corruption and embrace reforms that will make the justices final judicial arbiters and not as abettors of injustice.