Women lawyers and other professionals in Bayelsa State yesterday expressed anger over the gang related rape of two teenage girls in the state. 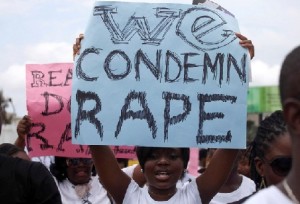 According to the angry female lawyers, two teenage girls between the ages of 15 and 16 years were violently raped to death by a gang of boys at separate areas of the Bayelsa State capital.

The angry women lawyers, under the International Federation of Women Lawyers (FIDA), while confirming the development expressed disgust of the refusal of the victims’ parents to seek arrest of the rapists and pursue prosecution.

According to the chairperson of FIDA in Bayelsa, Barr (Mrs) Dise Ogbise-Erhisere, she expressed disappointment over a ridiculous settlement proposal made by one of the suspect’s parent in one of the reported cases over the weekend to offer the victim one thousand naira and a rubber of rice to close the case.

Ogbise-Erhisere called on the victims’ parents not to settle rape cases outside the court in order for offenders to face the full weight of the law as well as serve as a deterrent to others.

Dise Ogbise-Erhisere, expressed her displeasure over the act against the innocent girls in the society who go about their lawful duties and call on relevant security agencies to be alert to curb the increasing cases of this social vice.

She called on parents to advice their male children to desist from the shameful act which attracts the wrath of God and life imprisonment sentence in our laws.