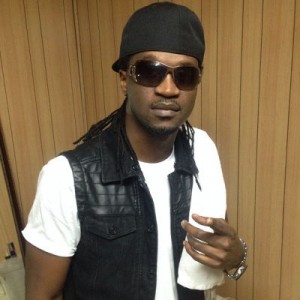 Paul Okoye, one of the P-Square brothers, has continued to slam Blackface.

Paul went on Instagram AGAIN to blast Blackface for using his beat on his song titled Erima.

Paul wrote, “OMG! was just listing to radio I heard psquares Do me and after that I heard another version by somebody with same beat pls be keeping your song in central bank ohh lmao.”

Blackface had called out 2face Idibia for stealing his track, recently.