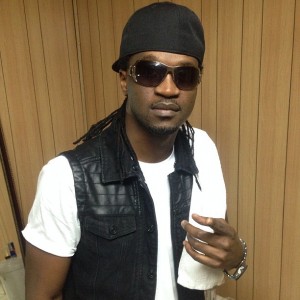 News hit the net earlier today that there was an incident at the P-Square’s Squareville mansion in Omole estate today which led to the intervention of the Police force.

Another report immediately emerged that the mansion had been locked down until further notice.

However, Paul Okoye of P-Square took to his Instagram page to explain what happened at their Omole home.

“Pls ignore the rumors that is spreading that our house is on fire lol. People sha! God forbid…..there was a situation in our neighborhood early hours of this morning….and our attention was needed…. And my people called me as early as 5am…so I had to drive from Island to the mainland to intervene…I was the only person around… Those of you spreading what ever I don’t blame you all…. God will never allow that to happen… In Jesus name….: sorry I have to use social media lol…. Respect”