President Muhammadu Buhari has said that contrary to the claims by critics of his incessant foreign trips, none of the trips he had made so far can be said to be frivolous. 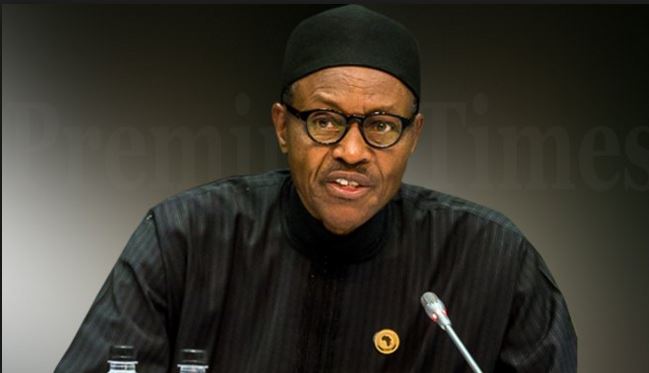 He said there were always political and economic justifications for his trip.

Buhari said this on Friday in London while answering questions from some Nigerian journalists shortly before he commenced a six-day vacation that would end on Wednesday.

Our correspondent obtained the transcript of the interview on Saturday.

It will be recalled that Ekiti State Governor, Mr. Ayodele Fayose, had asked Buhari to stay at home and govern the country instead of junketing from one country to the other.

Fayose had said that the President’s incessant foreign trips were already bleeding the economy with about $1m being spent per trip.

But Buhari said he did not know how Fayose arrived at the figure he gave.

He said, “Every one of my trips can be politically or economically assessed. I recall that the first trip I had was to go to Chad and Niger. The trip was mainly because of Nigeria’s security.

“We campaigned based on three issues -security, economy (employment) and corruption. And then the G-7 invited me to Germany. After that, I went to Cameroon. I then went to the United Nations General Assembly.

“I have not seen any frivolous journey that I undertook. I understand that the governor of Ekiti State said that every trip I make costs Nigeria at least $1m. I do not know how he worked that out but every trip that I have made, there must be economic and political reasons that justified them.

“Those who do not see it the way the government sees it have the right not to agree and say whatever they like. But we will try and give them the appropriate reply.”

Buhari also promised to take his administration’s ongoing anti-corruption war to all sectors of the economy.

“We have to go the whole hog into other sectors because unlike what some people believe that the fight against corruption is selective, although they have failed to define the selectivity in their own understanding, there is no way we can get a public officer on record that has misappropriated public fund and we will leave him alone.

“It is one of the undertakings that the Federal Government made and we are going to see it through,” he said.

The President identified the need for firm evidences against corrupt persons as one of the main challenges facing the war.

“The challenge mainly is to affirm evidence. If you just hear our story that somebody built 12 houses in Abuja, houses do not move. Do they?

“It is for us to do verification. We need to verify and quantify before the man is invited to justify how he acquired those properties while he is a public officer,” Buhari explained.

He promised to make a representation to the Chief Justice of Nigeria, Justice Mahmud Muhammed, on the various complaints being made against judges in the country.

He recalled that a lot of allegations had been levelled against some of the judges who served on election tribunals.

He, however, declined to comment on the recent Supreme Court verdict that validated the elections of Governor Nyesom Wike (Rivers) and Governor Udo Emmanuel (Akwa Ibom) until he holds a discussion with the Ministry of Justice.

Buhari insisted that despite the killings being witnessed in public places, his government is winning the war against terrorism.

He said, “We are winning the war. I have said that Boko Haram used to effectively control 14 local governments, they hoisted their flag and declared a caliphate of some sort.

“But now, Boko Haram is not holding any local government. They have been dispersed. They have reverted to technology.

“They use Improvised Explosive Devices. They use cooking gas, some wires and metals, put them together and get girls from the age of 15 downwards and explode them in churches, mosques, markets or motor parks and kill people en masse.”